Home » Blog » Book Of The Week: Way Of The Wolf
BlogBook of the Week

Book Of The Week: Way Of The Wolf

Welcome back to our latest instalment of the ‘Book of the Week’ series! This week, we have a book released back in September 2017, released by the notorious banker, Jordan Belfort. His name is known across the world, and now he’s here to share his personal stories, exchanges and experiences!

Book Of The Week

Way Of The Wolf 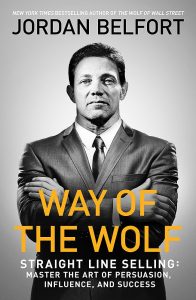 With it’s full official title of ‘Way Of The Wolf: Straight Line Selling: Master the Art of Persuasion, Influence, and Success’, Jordan Belfort – AKA The Wolf of Wall Street – revealed and shared his system. Notoriously known as the banker that made a huge amount of money, his straight line selling system has become a hugely popular method. Belfort shares an insight into his own experiences of overcoming barriers as a salesman & getting around obstacles that prevented him selling.

If you’ve watched the 2013 film, ‘The Wolf of Wall Street’, then you’ll know who Jordan Belfort is, played by Leonardo DiCaprio in the film. Four years later, in 2017, Belfort released ‘Way Of The Wolf’ to help sales teams and businesses. His method of the Straight Line system has been tried and tested by Belfort himself, and the book reflects on his personal experiences and journey throughout his profession.

The 7 Habits of Highly Effective People

With detailed insights and personal anecdotes, author of The 7 Habits of Highly Effective People Stephen R. Covery has presented a holistic and principle approach to solving particular personal and business problems. This is an extremely well-written book that includes high-quality advice on being productive and efficient.

The book connects with many that read, due to the simplicity of regular, common, every-day examples that highlight efficiency. Each of the seven habits are broken down into thorough detail, with a plethora of knowledge and understanding there to guide you through.

Ray Dalio is an American investor and hedge fund manager with a net worth alleged to be over $20 billion. No doubt he possesses valuable knowledge on how to navigate the world – both through the eyes of an investor and entrepreneur.

Bill Gates remarked “Ray Dalio has provided me with invaluable guidance and insights”. Tony Robbins found the book “to be truly extraordinary”. This book is not just a book describing the mechanisms by which to become a more successful business leader but a guide on the philosophises of how to impart critical thinking across your entire life.

Buy Then Build is a refreshing read, putting a different perspective on entrepreneurialism. By definition, an entrepreneur is someone who starts their own business. Buy Then Build suggests – why start your own, when you can acquire a business and grow it yourself?

Emphasis is also placed on the elephant in the room when concerning growth – capital. Walker Deibel explains how to spend a fraction of the time raising capital and expediting the process of increasing revenue. He also guides you through the acquisition process providing you with plenty first-hand insights highlighting potential breaks and pitfalls that you should always be aware of.

The Subtle Art of Not Giving A F*ck

There’s a number of reasons why The Subtle Art Of Not Giving A F*ck has been on the New York Times’ bestselling book list for 212 consecutive weeks. Blogger Mark Manson has written one of the best self-help books of the generation, and is widely popular.

With minimal sugar-coating, and a refreshing perspective, combined with Manson’s willingness to tell it like it is, this bestseller really is an honest and to-the-point book. One common theme throughout is for society to embrace fears, faults and uncertainties, so we can emphasise the courage, responsibility and honesty that we seek.

How to Win Friends and Influence People

A true behemoth when it comes to self-help literature. Over 30 million copies sold globally – its reputation precedes it. Some would argue that some of the language used is somewhat outdated. However ultimately, Dale Carnegie reinforces principles in the social and professional sphere that have always and will always stand the test of time.

It is a book that can add value to all your relationships, be it professional or personal. For anyone wishing to expand or reinforce their understanding of human interactions and leadership, without doubt this book is a must read.

Book Of The Week: How to Win Friends and Influence People

Book Of The Week: Seeing The Big Picture

Book Of The Week: No Excuses!: The Power of Self-Discipline

Book Of The Week: The Personal MBA: Master The Art Of Business

Book Of The Week: Jobs To Be Done

Book Of The Week: Never Split The Difference

We will be happy to hear your thoughts 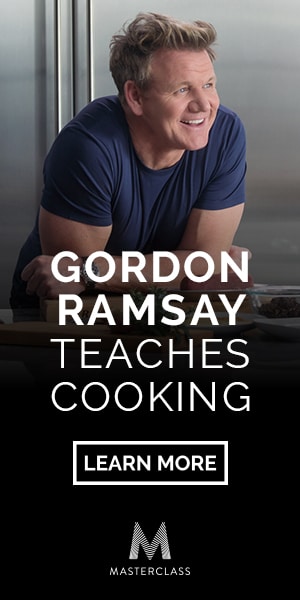 How to add Mailchimp email form to post or page

Any cookies that may not be particularly necessary for the website to function and is used specifically to collect user personal data via analytics, ads, other embedded contents are termed as non-necessary cookies. It is mandatory to procure user consent prior to running these cookies on your website.